This was a large-scale performance commission for the afterparty of an art fair in Montecarlo in 2019 set in a Yacht showroom. The performance incorporated food, video, music and ceramic work as well as of course performers. It was a grotesque and uncomfortable event (heightened by the location) which focused on creating a sense of perverse attention to detail through the combination of fetishized surfaces and luxuriant decoration, which all served to a oversaturate and disturb the setting further. The female identifying characters dominated the space through their interaction with each other and the objects present; in order to explore notions of power exchange, consumption and objectification of both the viewed and the viewer. Ruffles was a development of Ceremony of the Void, a performance which took place at David Roberts Foundation in 2017. I worked with the same performers to realise this project. 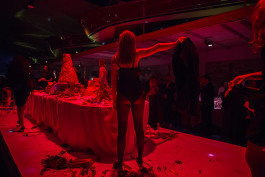 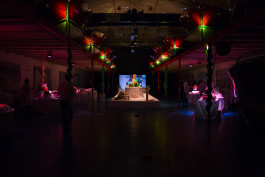 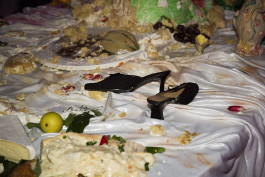 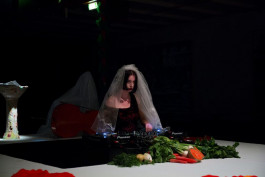 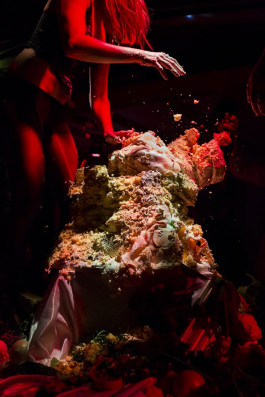